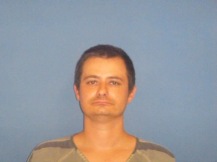 The former Aberdeen police chief accused of domestic violence was found guilty Tuesday, Dec 15th on one of the counts against him.

The jury found Clark Gast, ex-police chief for Aberdeen Police Department, guilty on one count of domestic violence, with a second count being dismissed.

According to a probable cause affidavit filed in Brown County Municipal Court, on Aug 11, 2013, Gast allegedly threatened his wife, then grabbed her by the throat and slammed her into a wall, choking her in the process.

Clark Gast called 911 at 12:43 PM the following day claiming he had just arrived home from work and discovered his wife was dead.  Investigators found Laura Gast’s lifeless body hanging from a ceiling fan. Her death was ruled a suicide.

In August of this year, local newspaper Brown County Press quoted investigator Forrest Coburn as saying the investigation into the death of Laura Gast is still ongoing.

After Gast allegedly assaulted his wife, Laura’s 10-year-old daughter took photos of her injuries, which included marks and bruising on her neck, head, arms and other areas of her body. The injuries depicted in the photographs were consistent with those observed in the investigation, according to the affidavit.

Attorney Tyler Cantrell filed a 10-page motion on Nov 17 which requested all mentions of Laura Gast’s death and his alleged drug use be exempted from the trial, court records indicate.

In an unrelated incident, Clark Gast was arrested in Maysville, Kentucky for driving under the influence on August 18, 2013.

The second count of domestic violence against Clark Gast was dismissed, which accused him of grabbing Laura’s 10-year-old daughter by her hair and pulling her on the day preceding Laura Gast’s death. According to the affidavit, the daughter allegedly told investigators she stepped in after witnessing her mother’s husband assault her mother and choke their dog.

Sentencing for Clark Gast has been set for Jan 8, 2016 in Brown County Municipal Court. He faces a maximum penalty of 180 days in jail.

Clark Gast resigned from the Aberdeen Police Department during a meeting in August 2012, one year prior to the suspected domestic violence incident.