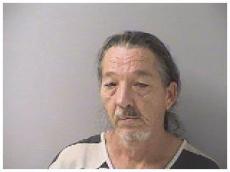 A .22 caliber revolver, German Luger, and a .30 caliber M1 carbine were allegedly stolen from a gun cabinet in the latest burglary to come to light, according to the indictment. 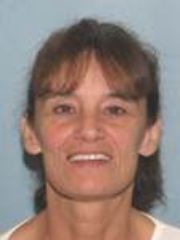 Sherry Carlier is currently facing a second-degree felony burglary charge related to the case, but could face more charges as it is presented to the grand jury for a future indictment. As of press time, a warrant to arrest is still active for Sherry Carlier in Brown County Municipal Court.

A bench warrant has also been issued for Sherry Carlier’s arrest in Clermont County after she did not appear for sentencing Jan. 4 in connection with a tampering with evidence conviction for her role in the burglary ring in that county. She was housed in the Clinton County Jail awaiting extradition to Campbell County, Kentucky on non burglary-related charges at the time.

Second-degree felony burglary charges have been filed against the third man implicated in the crime. Brown County Crime Reporter has decided to withhold his name until his arrest.

According to prosecutors, in the latest burglary case, a gun dealer in Clinton County was found to be in possession of the stolen firearms. He was questioned and told investigators who sold him the firearms, which then lead to another individual that indicated he received the firearms from Jeffrey Carlier.

Under questioning by Detective Noble of Brown County Sheriff’s Office, Sherry Carlier allegedly admitted she, along with her husband Jeffrey Carlier and another man, burglarized the home and hid the gun cabinet. She allegedly told investigators where the gun cabinet had been hidden at the Indian Creek Wildlife Area near Fayetteville, and the Ohio Department of Natural Resources then turned the gun cabinet over to investigators, according to court records.

Investigators believe they have linked Jeffrey Carlier, Sherry Carlier, Brian Crank, Jessica Crank and the unnamed individual to a total of 34 burglaries committed in Brown, Clermont and Clinton Counties.

Noble and detectives from other counties continue to investigate the Carlier burglary ring.