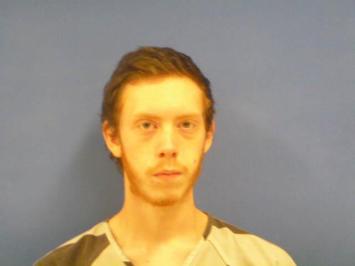 A man is facing charges alleging he broke into a Georgetown home and stole food and electronics on Thursday, Jan. 21.

Ryan Allen Waits, age 18 of Markley Square Apartments, allegedly broke into a residence on Home Street, leaving with a laptop, Playstation 3, and a 12-pack of Ramen Noodles.

According to court records, Lt. Robert Gifford was called to the residence Thursday afternoon and observed footprints in the snow suggesting the burglar entered through a hole in the home’s screened in porch.

Later that afternoon, a witness allegedly showed police text messages from Waits offering to sell the stolen electronics. Police were also sent screenshots from Facebook that appeared to show Waits admitting to stealing the electronics.

Under questioning, Waits allegedly fingered roommate Gilbert Preston Jr. as the thief, saying he lied about stealing the items and was only trying to sell them, according to court documents.

Preston denied any involvement and has not been charged.

The stolen electronics were recovered at their apartment by Georgetown Police hidden in a hole in a closet wall, and the noodles were located in the kitchen.

Waits has been charged with third-degree felony burglary and first-degree misdemeanor theft. He is currently being held in the Brown County Adult Detention Center on $50,000 cash, surety or property bond, and is expected for a preliminary hearing on Feb. 11.

Both Waits and Preston were indicted in December on a breaking & entering charge in connection with a break-in at the Southwest Regional Medical Center. That case is still pending in Brown County Common Pleas Court.

One thought on “Man charged in Georgetown burglary”