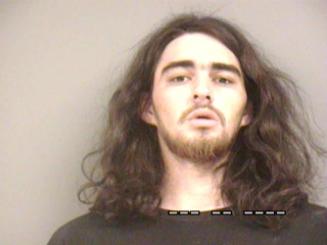 A Georgetown man accused of attempting to stab another man to death last Halloween was found competent to stand trial for charges of attempted murder on Feb. 9.

Jack Ramsey Russell is expected to change his plea from not guilty by reason of insanity to guilty or take the case to trial on Feb. 26 in Brown County Common Pleas Court.

Prosecutors say Russell stabbed Casey Bias with a knife in an attempt to kill him after a disagreement on Oct. 31, 2015. Bias sustained several stab wounds, including one five centimeters deep, before he was able to successfully escape in his vehicle and call emergency dispatchers.

Georgetown Police recovered a black knife with a five-inch blade at Russell’s home at 311 South Apple Street that morning.

According to court records, Bias told police involved with the initial investigation that Russell asked him for money just before stabbing him.

Russell, who has been indicted on one count of first-degree felony attempted murder and two counts of second-degree felony assault, pleaded not guilty by reason of insanity. Bond was set at $350,000 cash, surety or property.

The court referred Russell to Court Clinic Forensic Services for a competency evaluation, and they found Russell competent enough to stand trial.

Russell faces up to 27 years in prison if convicted on all charges.