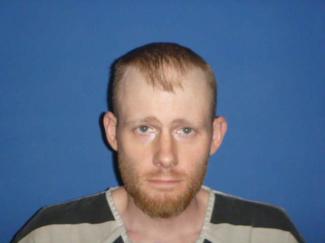 A Georgetown man is under arrest accused of strangling a woman until she almost lost consciousness and then repeatedly punching her in front of her three children on April 13.

Frank Maxfield turned himself in to authorities Friday morning for the alleged assault. He has been charged with second-degree felony assault and first-degree misdemeanor domestic violence.

Maxfield is accused of punching the mother of his child five times with a closed fist and strangling her at Country Inn Suites in Mt. Orab on Wednesday morning.

According to an affidavit written by Det. Jason Hahn of Mt. Orab Police, a young boy and two other children, all age 8 and below, ran from their room to the hotel lobby screaming for the front desk clerk to call 911 after the incident.

Maxfield allegedly fled the scene at some point before police arrived.

Hahn said he observed two red bumps above one of the victim’s eyes and red marks along the victim’s throat from the suspected assault. The victim declined to be transported to the hospital.

Maxfield pleaded not guilty on Friday morning. He is currently in jail being held on a $50,000 cash, surety or property bond.