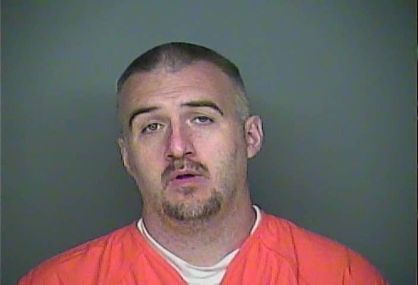 The man suspected of robbing the Mt. Orab Marathon on May 21 has died after Adams County Sheriff’s deputies said they found him hanging from a bed sheet in his jail cell Tuesday evening, May 24.

John Fronk II, age 36, was arrested Monday in Adams County when deputies recognized his vehicle from an armed robbery of a First Stop on Ohio 41 near West Union.

The clothing and firearm used in the robbery was found inside Fronk’s vehicle along with cash, according to the Adams County Sheriff’s Office.

Investigators say Fronk is also suspected of robbing the Family Dollar in Manchester last Friday (May 20) and a Speedway gas station in Anderson Township, Hamilton County, on Sunday.

Staff at the Adams County Jail say Fronk was subject to cell checks every 15 minutes at the time he was found hanging in what appeared to be a suicide attempt.

Fronk was put on a ventilator until Wednesday afternoon when hospital staff decided to take him off life support. Fronk died shortly after.

The modus operandi in each of Fronk’s suspected robberies is similar: Investigators allege Fronk would wear a beanie hat over his face, with a cut revealing only his eyes, and brandish a firearm to the employees working the cash register, demanding the employees to “open the drawer” and lay face-down on the ground for two minutes.

Fronk would then allegedly flee the scene in his car, investigators say.

Fronk was not charged in the Mt. Orab robbery.

No one was injured in the robberies.

The Clermont County Sheriff’s Office is investigating the hanging incident.